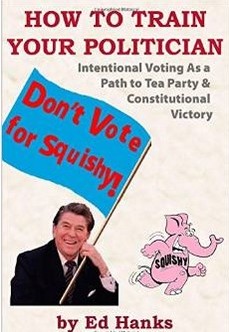 On December 20, 2014, I chatted by phone with Ed Hanks about his new book How to Train Your Politician: Intentional Voting as a Path to Tea Party and Constitutional Victory. Hanks, an acquaintance and Jefferson County conservative activist who has been one of Colorado's leading voices for Personhood, graciously shared a Kindle copy of his book for me to read prior our conversation. We talked in the wake of the lame-duck Congress passing the corporatists' dream bill, known as Cromnibus, fueling the fires of populist conservative discontent (including yours truly). A mounting frustration definitely brings a growing interest in the strategy Hanks endorses. Yet what I find most appealing about the book and its author is his historical … END_OF_DOCUMENT_TOKEN_TO_BE_REPLACED 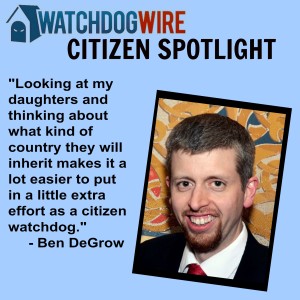 Last week the Virtus clan was on a mini-vacation in the Colorado mountains. With very little to miss, today's entry recaps the best of the past fortnight. Highlight? The Franklin Center shined its Citizen Spotlight on me and co-editor Joshua Sharf. Hope everyone had a Happy Independence Day! From the Ed Is Watching Blog Friedman Survey Finds Big Shift on Standardized Testing, Not to Mention…. Florida Doubles Number of States with Cutting-Edge Choice through ESAs Holyoke’s Pursuit of Innovation Status Raises Real Questions to Answer Finished One Good(read) Book This Fortnight Frozen in Time: An Epic Story of Survival and a Modern Quest for Lost Heroes of World War II by Mitchell Zuckoff My rating: 4 of 5 stars Zuckoff recaps … END_OF_DOCUMENT_TOKEN_TO_BE_REPLACED

In a couple of major ways, and some minor ones, this week certainly didn't go according to my plans. But I've already had the chance to see clearly how one of those unwanted developments probably worked out for a better purpose. Despite the challenges and setbacks, this week also included my first gubernatorial bill signing (as pictured above -- House Bill 1382, K-12 Online Education) and National Donut Day. So there's no need to complain too much, right? All that and my latest Complete Colorado column led to a Thursday morning appearance on the Mandy Connell Show (630 KHOW). From the Independence Institute Amy Oliver Show: Orsch Private School Tests Education Ideas (Podcast) New ACE Study Opens Mind on Comparing Public, Private … END_OF_DOCUMENT_TOKEN_TO_BE_REPLACED 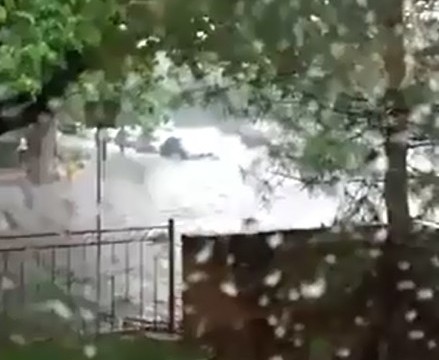 In our house, it was the last week of school for 2013-14, including a special kindergarten graduation. But the excitement didn't end there, with back-to-back days of tornado warnings in Denver -- including some localized flash flooding outside the Independence Institute's Freedom Embassy on Thursday afternoon (see picture above). From the Independence Institute Amy Oliver Show: K-12 Legislative Highlights Reveal Missed Opportunities (Podcast) Arizona, Florida ESAs Show How Colorado Could Help Kids Like Nathan (Ed Is Watching) Colorado Course Choice Pilot Programs Have New Resource to Consult (Ed Is Watching) Denver Post on School Safety Reporting Shows What’s Old Is New Again (Ed Is Watching) Finished One Good(read) Book This … END_OF_DOCUMENT_TOKEN_TO_BE_REPLACED

This week the Greeley Tribune published my column on the progress Colorado is making -- and still needs to make -- in order to ensure fair funding for public charter schools. More from the Independence Institute Amy Oliver Show: Charter Schools Look for Fairer Funding (Podcast) Amy Oliver Show: An Outside Look at Douglas County Reform (Podcast) How Can Jeffco Union Leaders' Bad Faith Bargaining Be Good for Kids? (Ed Is Watching) International Report Shines Light on Colorado Education Performance Gap (Ed Is Watching) So Glad to Find Insights and Direction for HB 1382's K-12 Online Pilot Programs (Ed Is Watching) Finished One Good(read) Book This Week Life After Art: What You Forgot about Life and Faith since Leaving the Art … END_OF_DOCUMENT_TOKEN_TO_BE_REPLACED 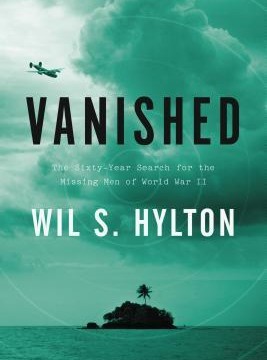 On Thursday I spent an hour live on air with Mike Rosen (AM 850 KOA) discussing open union negotiations and related issues in Jeffco Public Schools. More from the Independence Institute's Ed Is Watching Blog Colo. Digital Learning Policy Alternate Route Gives Some Spring Break Hope Opponents' Best Shot? Maybe Thompson Should Look at Innovating Educator Pay Watching Student Data Privacy Issue Means Not Watching Student Data Finished One Good(read) Book This Week Vanished: The Sixty-Year Search for the Missing Men of World War II by Wil S. Hylton: The author quickly grips and engages the reader with the little-known mystery of a B-24 crew that was shot down in a 1944 bombing raid over Palau. Hylton weaves together the tales of … END_OF_DOCUMENT_TOKEN_TO_BE_REPLACED

On Thursday I was the featured guest (via Skype interview) for the 20-minute video episode of Choice Media TV's Reform School. Topics ranged from a teachers union contract that discriminates in favor of non-Christians to the recently reported shortcomings of the federal Race to the Top program. More From the Independence Institute Colorado Supreme Court Will Hear Dougco School Choice Case, More Waiting Ahead (Ed Is Watching) New York City Mayor's Attack on Charter Schools Enough to Give Me Nightmares (Ed Is Watching) Student Success Act Soap Opera Gears Up for Shift to Wilder Ride in Senate (Ed Is Watching) Amy Oliver Show: Are We Licensing Teachers Correctly? (Podcast) Finished One Good(read) Book This Week Men at Work: The … END_OF_DOCUMENT_TOKEN_TO_BE_REPLACED

Just how politically correct are today's colleges? Are the faculties at American universities really as ideologically imbalanced as you have heard? What are the effects of that imbalance on students and their futures? Are there any promising and politically achievable reforms for academia? If these questions pique your interest, then you should look at obtaining a copy of the new book The Politically Correct University, a collection of insightful essays on a range of topics under the theme. Even better, if you live in the Denver metro area, you can meet one of the volume's editors -- Robert Maranto from the University of Arkansas' Department of Education Reform -- this evening at Liberty on the Rocks Red Rocks: … END_OF_DOCUMENT_TOKEN_TO_BE_REPLACED