Home Mary and Jacob: From the Forgotten Dust 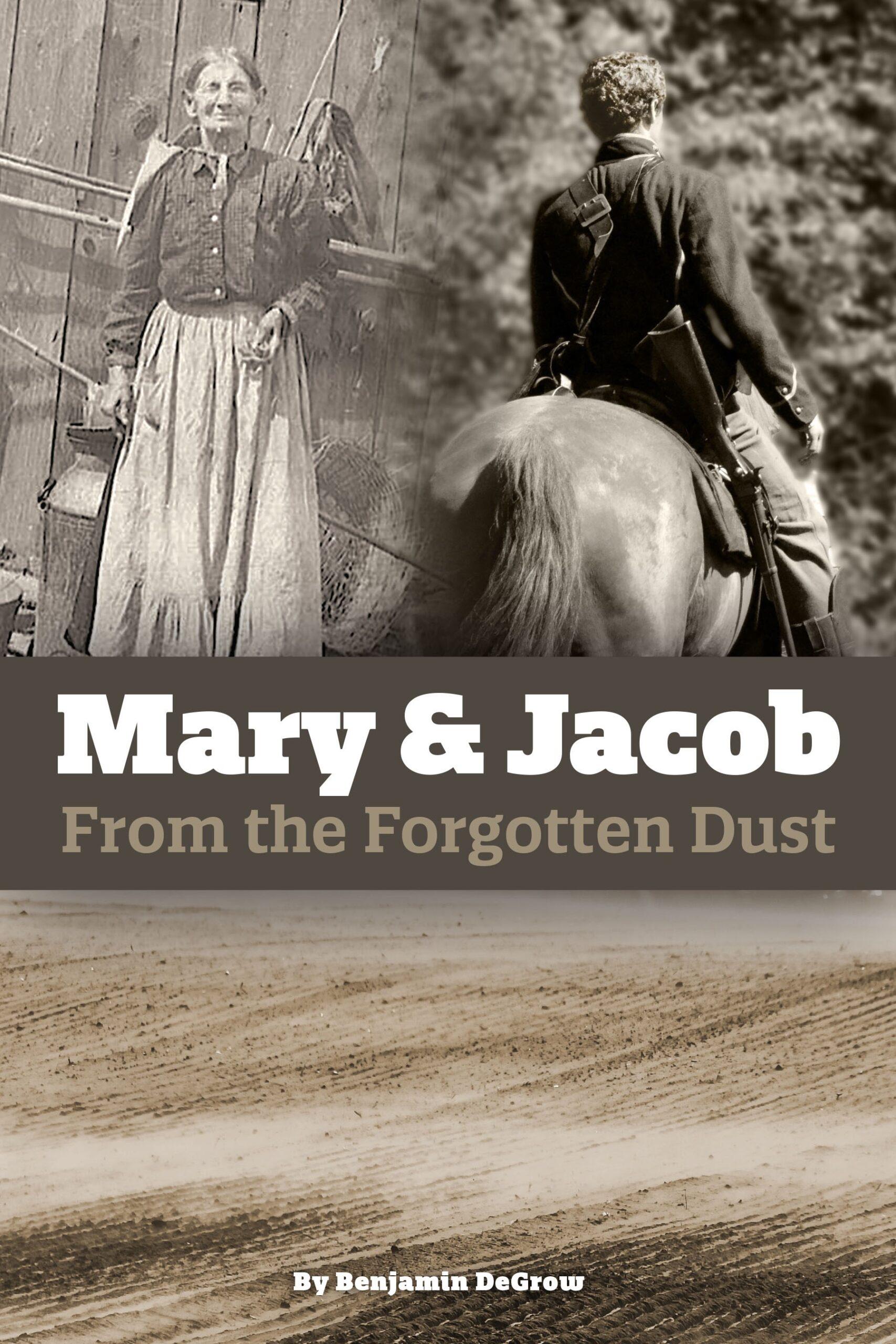 Mary & Jacob: From the Forgotten Dust by Benjamin DeGrow, a penetrating historical novel, unpacks the relentless struggles of the nation’s bloodiest conflict through the eyes of two participants united and permanently shaped by its events.

Mary & Jacob is the story of the author’s great-great-great grandparents as they navigate the cruel calamity of America’s Civil War. Readers accompany the humble Buffingtons as they come of age, marry, struggle to break in their fledgling Ohio farm and persevere through the challenging separation of wartime military service.

Starting in the pivotal year of 1860, the story follows the title characters as they are drawn into the maelstrom of war. Mary Austin, a Potawatomi young woman raised by white settlers in Michigan, evades prejudice and potential scandal, seeking purpose and connection. Jacob Buffington, an illiterate Ohio farmhand, flees the shambles of poverty and dysfunction into the volunteer army defending the republic.

The unlikely meeting and lifelong bond of two outcast souls kindles a spark of hope. The young couple copes with wartime scars and privations, as they forge friendships with neighbors around shared tragedy and the need for mutual support. Economic demands draw Jacob back into the army, leaving his wife and infant daughter. He fights under General William T. Sherman in the 1864 campaign to capture Atlanta and sees the conflict to its finish on less-familiar fields of battle.

This biographical novel blends known facts with a rich vein of drama that imagines the painful push and pull of a war that tore more than a nation apart, all through the eyes of real flesh-and-blood people. Forgotten outsiders with the feel of an authentic and compelling tale bring this trying period of our nation’s history to life.

Abraham Lincoln often described his frontier upbringing as the “short and simple annals of the poor.” The tale of Mary and Jacob compels readers to wonder if there’s more to those annals than first meets the eye.