Are you hoping to secure a new job? Are you struggling to move forward with your applications? Are you willing to put the work in to achieve your goals? If your answer to these questions is yes, now is the time to switch up your approach. Instead of doing the same thing over and over again and hoping for the best result, you need to take control of the situation. There are so many ways for you to make yourself a more appealing candidate, so it is important that you are embracing every opportunity that comes your way. If you are wondering how to do this, you should begin by taking on board the following ten steps. With any luck, they will help you to create an application that will knock the socks of your potential employers. They will also … END_OF_DOCUMENT_TOKEN_TO_BE_REPLACED 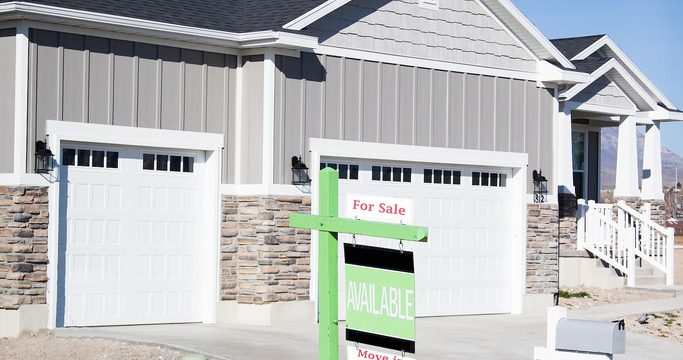 Making the decision to sell your home and move is a big one, there are many factors to consider before you think the time is right. What are the house prices like? Is there interest from potential buyers in your area? Will you get a good price for your home? These factors might not always be positive, but there is one area that you can try to improve - your house price. By doing these few things, you might be able to add a considerable amount to the value of your property. Get Your Home Inspected Although you can do many of the essential repairs and renovations that need doing to your home yourself, there might be other issues that you might not know. It is best to hire an inspector to come in and check all the areas of the house including … END_OF_DOCUMENT_TOKEN_TO_BE_REPLACED

Off-the-grid living is becoming a real possibility for a number of people due to advances in technology on all fronts. However, this is not a decision to be made lightly. Many preppers make mistakes when going off-the-grid for the first time, though the number of mistakes is reduced if you take the time to think things through first. Here are 3 things you should consider when living off the grid in Colorado. Why You’re Doing It Some people may want to live off the grid to help them live in balance with nature. In this case, before you go looking for an off-the-grid property, consider other ways to save on your utility bills. Others are looking at off-the-grid living for a sense of security in case disaster strikes. However, you’ll still … END_OF_DOCUMENT_TOKEN_TO_BE_REPLACED

Whether or not it is a good time to buy a home is a multi-faceted question that depends on where you live, the current state of the economy and local housing market, and a lot of aspects of your personal life (such as life goals and who you are accountable for). Buying a home is a huge decision, and knowing when it’s the right time to buy a home is a difficult question to answer. However, there are many good indicators as to when you should buy a home that can help ease some fears that come with such a big decision and large commitment. Learning From History History has a tendency to repeat itself, and there is a lot to learn from the hard lessons our nation has experienced in the past. The 2008 housing crisis left a scar on hundreds of … END_OF_DOCUMENT_TOKEN_TO_BE_REPLACED

When 18-year-olds are pushed into higher education before really knowing who they are, it creates an unfortunate chance that they’ll spend a lot of time and money earning a degree in something they don’t care about, aren’t very good at, or just don’t see themselves focusing on for the rest of their lives. Going back to school becomes a desire for many working adults who already have degrees. Similarly, there are working adults who weren’t able to go to college when they graduated high school or turned the chance down because they didn’t know what they wanted to study. However, they have full-time jobs now, and though they want to go to school, their time and resources are a bit scarce. This article is for those two groups of people. … END_OF_DOCUMENT_TOKEN_TO_BE_REPLACED

Politicians and government leaders are trying to combat the nation’s opioid epidemic. With usage, addiction, and overdose rates on the rise, it's growing into an urgent and pressing matter for everyone living here. The destructive vice of drug addiction claims more lives every day, with no part of the country left untouched. From small, close-knit communities to the biggest cities, everyone knows someone affected by illegal substances. Approximately 64,000 people died from drug overdoses in 2016 alone, according to data compiled by the New York Times. Government officials are facing repeated calls for change and action from advocates and grieving families and friends. The latest headlines in the drug crisis show how the discussion is now … END_OF_DOCUMENT_TOKEN_TO_BE_REPLACED

Nearly a decade ago, in October 2009, when the recession and unemployment was at its absolute worst, unemployment peaked at 10 percent. All the while the Bureau of Labor Statistics noted that there were 2.1 million available jobs. What happened after that was unsurprising, but unfortunate all the same. Both sides of the political aisle saw a chance to make a political statement. The Republicans called out the unemployed for being lazy, while the Democrats claimed that the greed of corporate America was to blame — if they would only pay what they should. The focus was not the fact that those jobs existed; instead, the focus was on the debate. Why the Shift to College Education? High school graduates have attended college at far … END_OF_DOCUMENT_TOKEN_TO_BE_REPLACED

Being mindful is something that more of us could certainly benefit from in all areas of life including at home and work. Mindfulness is about being aware of the present moment and enjoying that, rather than worrying about everything else that may or may not happen (especially if there is nothing you can do about it either way). It can take some time to get used to being mindful, but there are specific practices that will help you along your mindfulness journey. Here are some ideas about bringing mindfulness into all areas of your life, even if those areas are normally stressful ones.   Meditation If you find trying to fit meditation time into an already busy day difficult, then try to break it down into much smaller chunks of time. … END_OF_DOCUMENT_TOKEN_TO_BE_REPLACED

The freedom of the internet was recently thrown into uncertainty at the end of last year. There were measures put into place that secured the freedom to browse the internet freely and without any restrictions. You could sign up for service through a number of providers, and once you had access to the web that was it — no road blocks or restricted sites. That can all very well change. Without the security of Net Neutrality, companies such as Comcast, Verizon, Spectrum, can now alter the way you browse the internet. Nothing has yet changed, other than the fact that a change can happen very soon. The repeal of Net Neutrality had good numbers to oppose it, yet somehow it still passed. While many are looking for other ways to get neutrality … END_OF_DOCUMENT_TOKEN_TO_BE_REPLACED

Getting a job can be tough, depending on what you want to do, where you want to live and how much you want to earn. Maybe you’re fresh out of university or college, or lost your previous work for some reason. How do you get yourself on the market, and stand out from the rest? Don’t panic. There are lots of things you can do to make yourself more employable, to boost your attractiveness to companies. Let’s take a look at some of them. What do you want to do? Before starting your job search, you really need to pin down the basics of what kind of work you want to take up, where and the salary. You need to focus your hunt on the industry that you feel you’re best suited to. If you’ve worked elsewhere already, are you looking for a change? If … END_OF_DOCUMENT_TOKEN_TO_BE_REPLACED