Home blogging “Stand Up for Liberty!”

Update: El Presidente has posted a video recap of the different speakers at yesterday’s rally.

Earlier today was the kickoff rally for Colorado’s new Gadsden Society. About 70 to 80 people showed up on a Sunday afternoon at the State Capitol. Tell your friends to come out and join us for the next one. Check back for updates.

Pictures of today’s gathering below the fold (more pictures and video of the event should be available soon at Slapstick Politics and the People’s Press Collective): 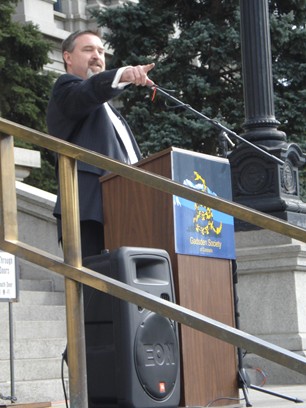 Libertarian Party legislative director and Gadsden Society co-founder David Williams gets the crowd fired up. (Co-founder Lenina Close also gave an excellent speech on the theme “Liberty for All”, but this photographer didn’t get a decent shot of her. Mea culpa.)

Here are some of the lineup of speakers: 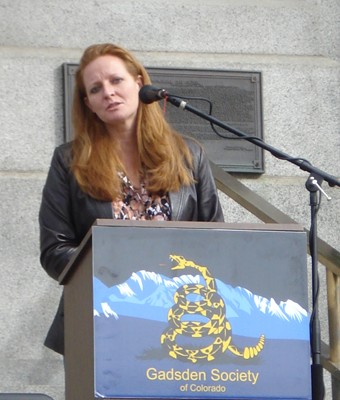 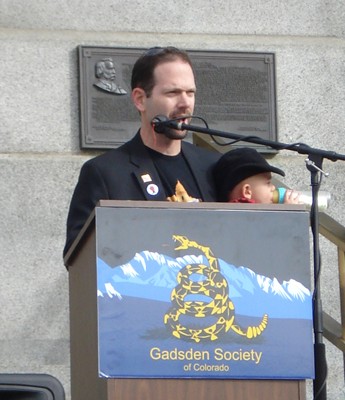 One of Colorado’s most prolific voices for liberty – Ross Kaminsky (aka Rossputin) – explains why he fights the battle: for his daughter and his son with the symbolic middle name Rand (pictured here). 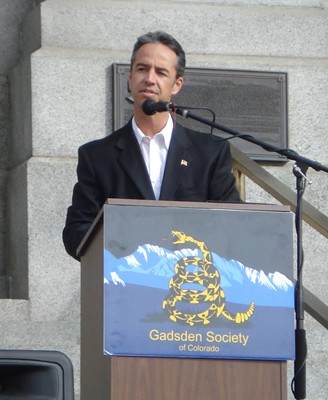 Republican University of Colorado Regent (and 4th Congressional District candidate) Tom Lucero expounds on the woeful state of knowledge about liberty, free markets, and the Founding documents among our nation’s college graduates. 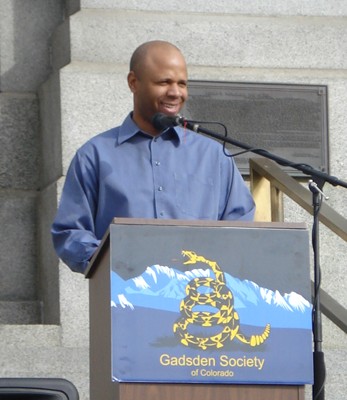 Republican Aurora city councilman Ryan Frazier electrifies the audience with the call to “Stand up for liberty!” Informed by the rumors of a possible Frazier candidacy for the U.S. Senate, some in the crowd chanted back: “Run, Ryan, run!” 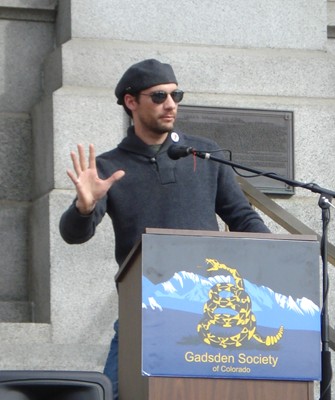 Wes Dickinson plugs the People’s Press Collective. (If you haven’t bookmarked the site by now, why not?)

Other scenes from today’s event: 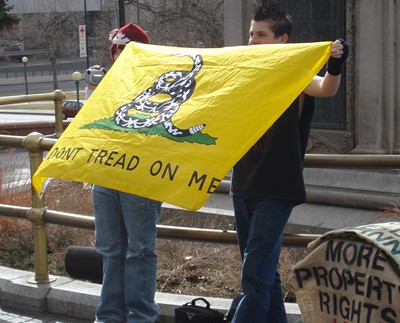 In case you don’t know where the name Gadsden Society comes from. 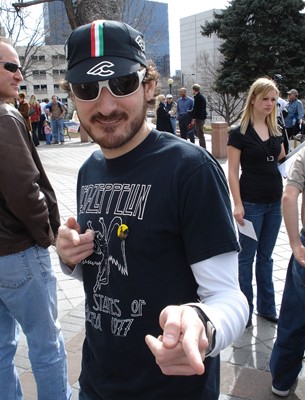 They’ll let almost anyone into these events. Witness Justin Longo – on the air guitar here – who was also allowed on the podium to give a shout-out for Liberty on the Rocks. 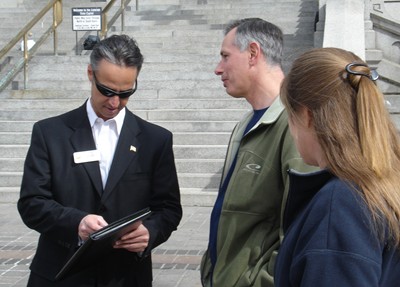 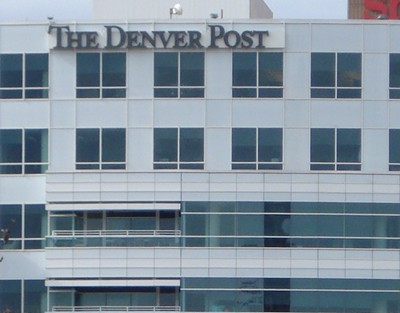 It’s kind of surreal to see the other name missing from this downtown Denver landmark.