Sean Paige at Local Liberty Online made a great catch, picking up on this excerpt from Bill Ritter’s State of the State speech earlier today (H/T Complete Colorado):

“There is also an opportunity here â€“ a chance to address TABOR and the constitutional and statutory straightjacket* that makes modern, sensible and value-based budgeting an impossibility. Last year, former House Speaker Romanoff started the conversation, and we need to keep it alive. We need to talk about life after Ref C â€“ whether and when to extend it. We have a chance to find a better way forward, a Colorado way forward.”

Bill Ritter said what? About 2 months after Colorado voters said No to a proposal to gut TABOR refunds forever and rejected two other major statewide tax increases, and after Ritter himself has ignored proposals to set aside some Referendum C revenues in a rainy day fund, he’s going to blame constitutional taxpayer protections for his troubles? Besides the fact TABOR had nothing to do with causing the current budget mess, it just seems like a silly and politically irresponsible thing to say.

But maybe the rigors of the job are taking a toll, and there’s another reason for the straitjacket reference: 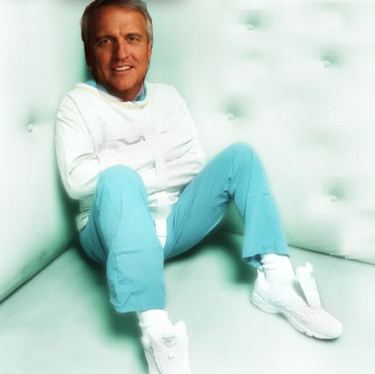 Feel free to add your creative caption to this photo in the comment section.