It’s not just Democrat Governor Bill Ritter who is presuming to wager more than $100 million in taxpayer funds on his confidence in the state supreme court overturning a decision against his unconstitutional property tax increase. The Grand Junction Free Press reports about the lax attitude of a ranking Democrat incumbent from the Western Slope:

The appeal has not been scheduled, and Democratic Rep. Bernie Buescher of Grand Junction believes itâ€™s too soon to make a plan for a change that may never come. 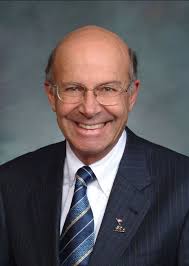 The article explains that the money collected starts to be spent on July 1. And while Republican lawmakers Rep. Steve King and Sen. Josh Penry want to work quickly to find a prudent solution, Bernie Buescher (pictured) has taken a lackadaisical approach to what to do with taxpayers’ money:

Calling a special session of the Legislature before the Supreme Court appeal is even scheduled would be premature, Buescher said. He speculated the timeline for the court case could be known in the next two weeks.

Buescher said heâ€™s not ruling out finding a solution for dealing with the freeze being deemed unconstitutional May 30, but believes â€œif the Supreme Court should rule against the governor, the Legislature would have plenty of time to deal with the mill levy freeze.â€

“Plenty of time”? I guess it’s “plenty of time” if you consider the money to belong to the government, even though Judge Christine Habas agrees with Attorney General John Suthers that Bill Ritter’s tax hike violates the state constitution. Ritter and the Democrats failed to ask first before collecting additional tax money from property owners, and now they act as if the money is rightfully theirs. How dare we question them!

At the same time, the State Board of Education decides this Thursday whether to appeal the district court decision or to leave Gov. Ritter all alone in defending his unconstitutional property tax hike.

While minority Republican legislators push for pro-active leadership on the property tax funding issue, Gov. Bill Ritter sits on his hands and Bernie Buescher makes excuses. Now you know the reason why Republican challenger Laura Bradford has a decent chance to upset Buescher in this fall’s election.