Home Colorado Politics John LeGrew, Who Are You?

If you want to know how bad a state the national Republican Congressional campaign is in, look no further than my own backyard: Colorado’s 7th Congressional District. Once a nationally targeted toss-up swing district defended by Republican incumbent Bob Beauprez, the GOP cannot find anything approaching a credible candidate to square off against the first-time Democrat incumbent Ed Perlmutter.

According to the Colorado Statesman handed out at Saturday’s Republican State Convention, the GOP’s candidate for the 7th is none other than (drumroll, please) … John LeGrew. “No information was available to the Party as of press time,” it reads under his picture.

No offense or anything, I’m sure Mr. LeGrew is a nice guy and all. But just who is he? 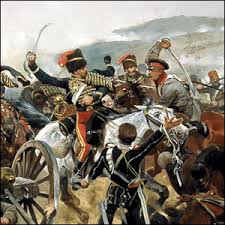 Near as I can tell, John LeGrew has a record of distinguished military service as a veterinary surgeon with the 13th Light Dragoons in the British Army during the Crimean War. Okay, I know that was 150 years ago. So maybe the namesake is a direct ancestor?

Seriously, I can’t find any record of a living person with the name John LeGrew. I have no idea who he is, but would gladly accept clues to his identity in the comment section.

I also had to let you know how difficult it was to resist the temptation to make a lame pun about the Republican 7th Congressional candidate having already been where I am now (LeGrew as the past tense of DeGrow. Yes, I said lame). Yet rather than a candidate of the past or the present, maybe someday soon Republicans here can field someone with a vision for the future: Summoning Will Grow…. Mr. Grow….